Join the co-partners of #CripTheVote, Andrew Pulrang, Gregg Beratan, and Alice Wong in a Twitter chat with guest host Disability Rights Iowa about voting and caucus accessibility. We’ll look ahead at the 2020 Presidential election and the access issues facing people with disabilities when voting and participating in caucuses. Please note: the conversation will not focus solely on Iowa, all are welcome.

How Exactly Do The Iowa Caucuses Work? NPR
Voting Support and Advocacy for Iowans with Disabilities, Disability Rights Iowa

Including People with Disabilities in Your Political Campaign: A Guide for Campaign Staff, National Council on Independent Living

How Voters with Disabilities Are Blocked from the Ballot Box, Pew Research


Follow @GreggBeratan @AndrewPulrang @DisVisibility and @D_R_Iowa. When it’s time for the chat, search #CripTheVote on Twitter for the series of live tweets under the ‘Latest’ tab for the full conversation.

If you might be overwhelmed by the amount of tweets and only want to see the chat’s questions so you can respond to them, check @DisVisibility’s account. The questions will be Tweeted 5-6 minutes apart.


Welcome to the #CripTheVote chat on voting and caucus accessibility with guest host  @D_R_Iowa. Remember to use the #CripTheVote hashtag when you tweet. If you respond to a question such as Q1, your tweet should follow this format: “A1 [your message] #CripTheVote”

Q1: How accessible is voting for you as a person with a disability? Please share any recent and past experiences and what worked or didn’t work for you. #CripTheVote

Q2: With #Election2020 coming up, what are your concerns in your local community and state on voter access for people with disabilities? Feel free to share any resources or orgs that have helpful information #CripTheVote

Q3 Beyond access issues, what are some other systemic barriers to voter participation that the disability community faces, especially for multiply marginalized disabled people? #CripTheVote

A caucus is a political party gathering in which party members choose candidates for an election. While caucuses are less common than primary elections, some states, such as Iowa, still conduct caucuses as part of the presidential nominating process.  https://ballotpedia.org/Caucus

Q4 What is your understanding of caucuses and how they work? If you live in a state which holds a caucus, are there any major issues you’ve observed with them? #CripTheVote

Q5: Critics of caucuses say they are undemocratic and inaccessible for many people, including people with disabilities. What are some ways they can become more inclusive and accessible for all? #CaucusAccess #CripTheVote

One attempt to increase #CaucusAccess is to allow people to participate by phone which was rejected by the Democratic National Committee in Nevada & Iowa this past August #CripTheVote https://www.huffpost.com/entry/dnc-recommends-rejecting-iowa-and-nevada-virtual-caucus-over-security-concerns_n_5d697161e4b01108044ead80

Q6: How do concerns about #ElectionSecurity intersect with voter access & inclusion? #CripTheVote

Q7: How can we advocate for both secure and accessible ways to participate in caucuses and voting next year and in future elections? #CripTheVote

Q8: Is there anything you’d like to ask our co-host @D_R_Iowa about their #CaucusAccess advocacy, voting rights, & the significance of Iowa in #Election2020? #CripTheVote

This concludes our #CripTheVote chat on voting and caucus accessibility. Many thanks to our co-host @D_R_Iowa and please keep the conversation going! A recap of this chat will be up shortly. For more: http://cripthevote.blogspot.com/ 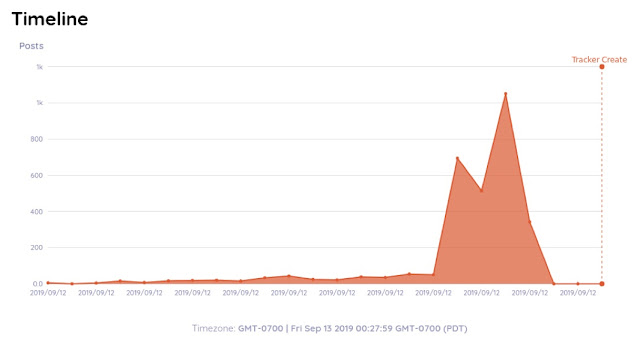 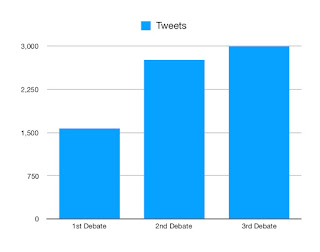 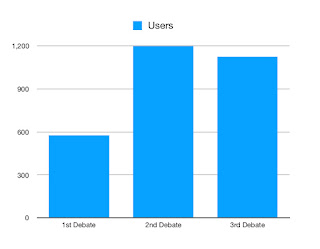 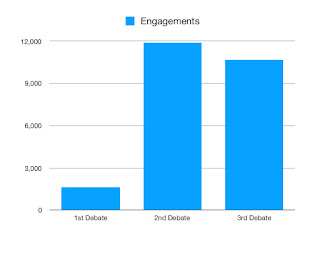 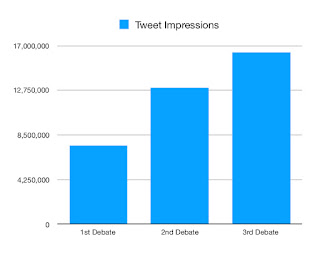 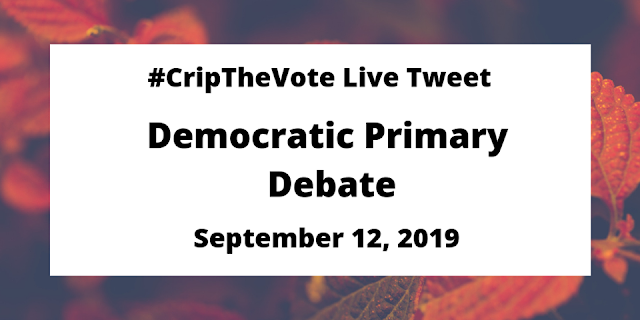 Join #CripTheVote in live tweeting the next Democratic Presidential Debate, Thursday, September 12, 2019 from 8 PM to 11 PM Eastern, on ABC and Univision, with hosts:

Also, help us suggest disability questions and topics by using this online form from the American Association of People with Disabilities @AAPD: