Here are updated #CripTheVote chat statistics showing participation and impact numbers for the six Democratic Presidential debates so far. We are using a service called Keyhole https://keyhole.co/ to track this. If you are into numbers and statistics, read ahead!

“Tweets” includes the number of original tweets, retweets, and replies.
“Users” is the number of people who participated over the measured span of time.
“Engagement” is the number of times people either retweeted or replied to tweets.
"Tweet Impressions" is a total tally of all the times the Tweet has been seen. 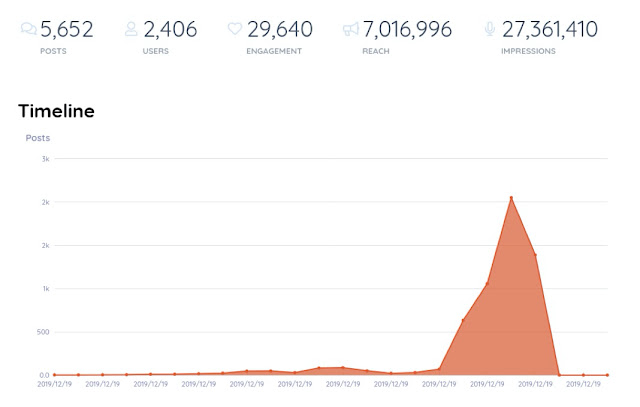 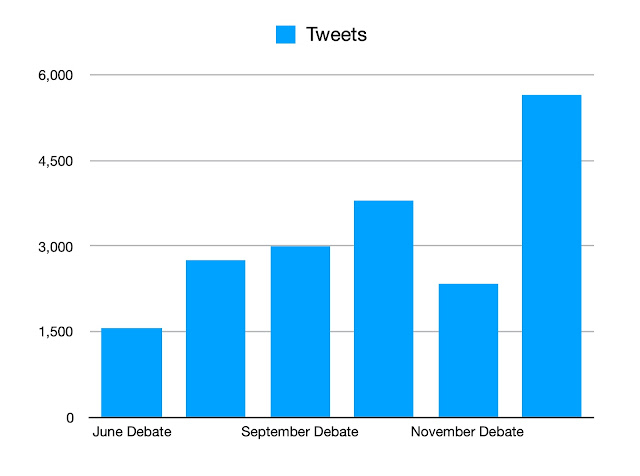 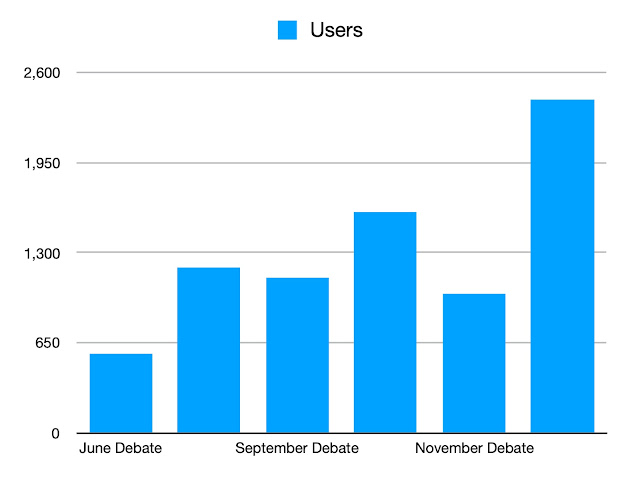 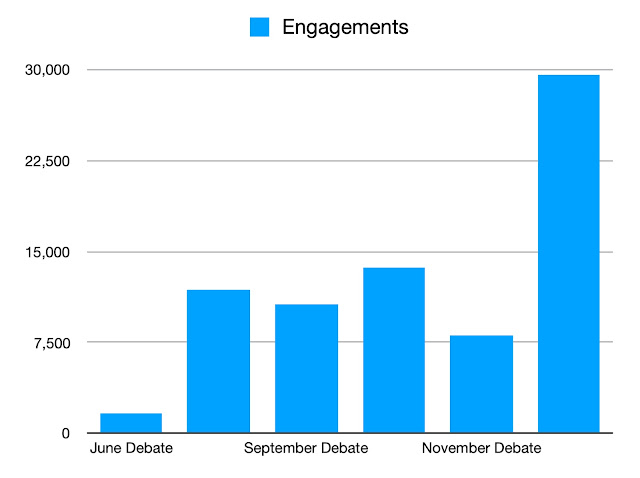 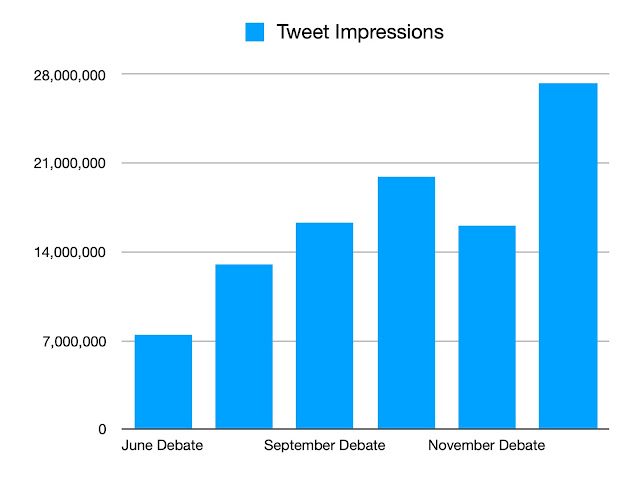 We will keep collecting data from upcoming live tweets and chats. Check back here at the #CripTheVote Blog.
Posted by apulrang at 2:02 PM